A Pardon Can Make 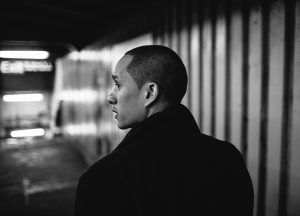 On December 31, 2014, Governor Andrew Cuomo granted a pardon to Alvaro “Khalil” Cumberbatch, affirming that people should not have to bear the consequences of a criminal conviction for life.

Khalil is a long-time lawful permanent resident who was a leader in the re-entry community when he was targeted by ICE. Khalil faced mandatory detention and deportation due to a single conviction that was more than a decade old. After a months long campaign supported by IDP, the Fortune Society, and other high profile re-entry organizations, Governor Cuomo granted Khalil a pardon, granting him a crucial pathway to stability and security.

Khalil’s nightmarish journey through our inhumane immigration system began in the early morning hours of May 8th. Khalil and his wife had just awoken and were getting their two young daughters ready for school when armed ICE agents banged on the door. They handcuffed Khalil in front of his children and made false promises that he would return home that evening. Then, ICE agents took him to an immigration jail where he was locked up for the next six months. 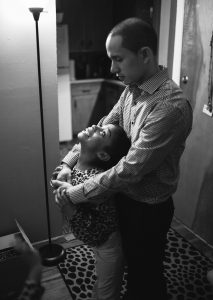 ICE targeted Khalil after he had spent years transforming himself into a leader in the re-entry community. While incarcerated for a crime he committed at 18, Khalil became a peer counselor on HIV awareness. After his release, he earned a college degree and dedicated himself to mentoring young men like himself as a counselor for the College Initiative. When ICE came knocking, he was just two weeks away from earning his master’s degree in social work.

A strong partnership was forged to win Khalil’s release from detention and subsequent pardon. IDP mobilized leaders from the re-entry, criminal justice and education communities to support the request that he be released from detention and that the government close his deportation case. After IDP’s relentless advocacy, ICE released Khalil from detention in October 2014, administratively closing his case. Two months later, Governor Cuomo granted his request for a pardon, opening up the opportunity for Khalil to be eligible for U.S. citizenship.